Book Review, A Republic If You Can Keep It by Neil Gorsuch 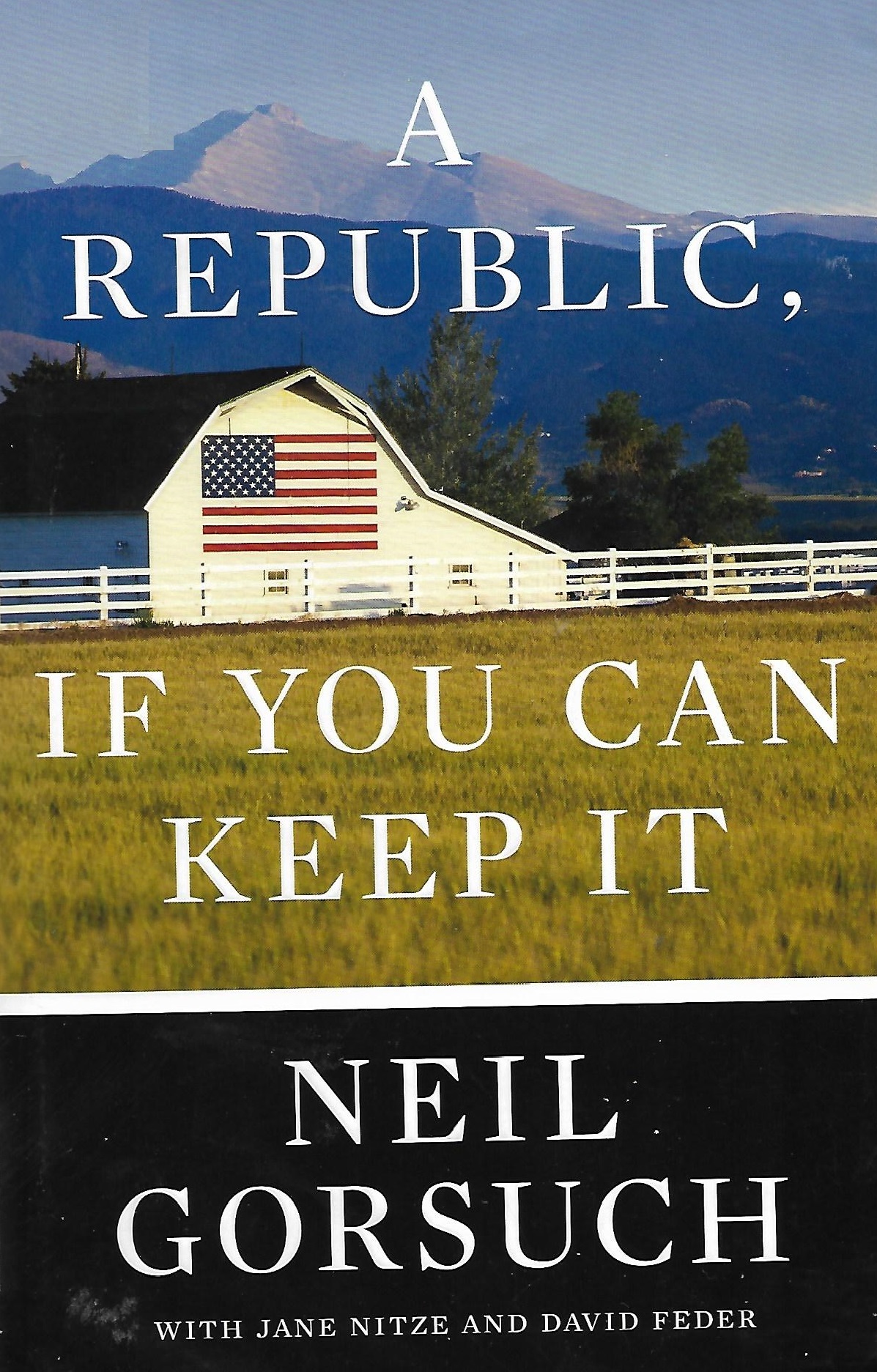 I recently wrote a book review about Ruth Bader Ginsburg’s book In My Own Words. Now, I just finished Neil Gorsuch’s book, A Republic If You Can Keep it. Similar to Ginsburg’s book, Gorsuch’s book is mostly a collection of writings, speeches, and court opinions. That’s where the similarity ends.

Much of Ginsburg’s book is about Women’s rights and her political ideology. Much of Gorsuch’s book is about his love for the law. I’m not saying Ginsburg doesn’t love the law, it just wasn’t stressed in her book.

Gorsuch stressed he believes in the separation of powers, mostly that judges shouldn’t legislate. He questioned how non-lifetime administrative law judges can be impartial and expressed concern about the volume of rules and regulations passed by the Executive Branch. Laws should be written by the legislature.

Gorsuch is a firm believer that laws and the Constitution mean what they say. At least they should.

His book taught me about stare decisis. Stare decisis is the use of precedent (previous court rulings) to decide on new cases. I learned that stare decisis is only one factor of many that judges use to determine their rulings. Precedent is a major factor in determining the outcome of a judicial ruling, but precedent is not necessarily an overiding factor. Sometimes bad precedents are used to rule on new cases. But not always.

I think his most important point is when a judge is happy with all of his rulings, he’s probably a bad judge. We as laypeople have opinions about court rulings. Some court opinions please us while other court rulings infuriate us. A good judge will base his opinions on the law and his rulings may not always turn out the way he wished it would. Beware of the judge that bases his rulings on his own personal opinions and not the law.

I’m probably more politically aligned with Gorsuch than I am with Ginsberg. One of the things that worries me, a little, was that after reading the book, I now realize Gorsuch will not base his court opinions on his political ideology. He will base his opinions on the law, even if he is unhappy with the way the decision turned out. Even though I may be disappointed in the way his court opinions may turn out, after reading the book, I have acquired a deep respect for the man.

In summary, no matter what your political ideology, I highly recommend A Republic If You Can Keep It for anyone who wants to get insight into how the man thinks.