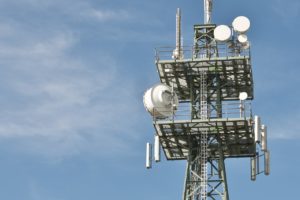 I orginally ported to MagicJack as described below, but my YouTube video above describes a cheaper solution.

My original article is here (before I ported to GoogleVoice):

Verizon offers a Verizon Home Wireless service. If you’re already on the Verizon Plan, adding Home Wireless is about $20 extra + tax and fees. That’s a lot less than a landline. My plan was to port my Century Link Home telephone number to Verizon.

In theory, I should be able to do that.  [After I signed up and purchaced the home wireles device, and after I discovered my home phone number wouldn’t port,] Verizon informed me that due to “monopoly regulations” they were unable to port my Century Link phone number to Verizon. They could port other Century Link customers but couldn’t port anyone on my exchange.  All the literature I read said phone service providers are required to allow porting. Century Link said they weren’t preventing the port, Verizon said Century Link wasn’t blocking the port. They were unable to port due to an “anti-monopoly law”.

I called the FCC.  The FCC tried to be helpful but was unable to give me an explanation. They did say there were exceptions to the rule that required providers to enable porting from one provider to another.

I’ve been using my home phone number for 30 years. Changing my  home phone number would have been a big deal. I didn’t want to give up my landline number. Then I tried porting my number to MagicJack. Magic Jack is a VOIP service, costs about $40 a year. It cost about $25.00 to port my home number to Magic Jack, Magic Jack couldn’t receive incoming calls for several days while the porting was being processed, but after a few days, my number DID port to Magic Jack. Then, I forwarded my number on MagicJack to my new Verizon Home Wireless number. Now when someone calls me on my old home number, it will ring on my Verizon.

So now I have two numbers. My old home number and my new Verizon number. If I call from Verizon the CallerId will show my new number instead of my old number. If someone calls me on my old number, it will ring on my Verizon Home Wireless phone . At least my old number is still valid and I don’t need to inform EVERYONE to use the new number. Be aware that Magic Jack limits calls to about 1 hr. If someone calls you on your old number, and it ends up being a long call, Magic Jack will hang up on you.