How I got to WordPress 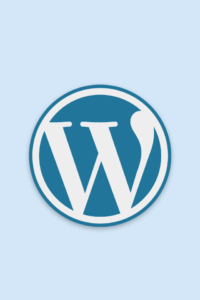 Several years ago, I led a three state district of a worldwide communication and leadership organization. One day I received a call informing me our website was being used as a base to attack other websites. We were hacked. We immediately shut down our site and began investigating alternatives for a new website. We rehosted our site and choose Joomla as the Content Management System. As I was learning about Joomla, I decided to build a personal Joomla website. Once I got my site going, I rarely updated it. Eventually my personal Joomla site was hacked (vandalized). Luckily it was a simple fix to restore the site. I changed the password but over a few months it was hacked two more times. When I eventually updated the version of Joomla, the hacks stopped.

Then I got a call from my hosting provider. They encouraged me to upgrade to a new hosting plan. They offered me a “deal” to switch. In order to switch plans, I would need to rehost and rebuild my site. I was apprehensive about that idea but eventually decided to make the switch. I allowed a couple of weeks before my old plan expired to convert to the new plan. The conversion was actually fairly painless. I got my new site up and running with plenty of time to spare.

Since I hadn’t made any updates in quite a while, I decided to make some changes. I ran into a technical issue and called tech support. Customer Support did manage to help me resolve my problem but they told me they don’t get many calls for Joomla. The majority of their customers were on WordPress. I was still running on a very old version of Joomla so I decided to upgrade. I spent quite a bit of time searching for a new Joomla template but couldn’t find one I liked.

“Most of their customers are on WordPress”

The organization I belonged to switched to WordPress a long time ago, and a friend’s site was on WordPress.

Getting my WordPress site has been quite a learning experience. I couldn’t have done it without a couple of my best friends. Google and YouTube! See my YouTube videos about how to build a WordPress site on Godaddy.