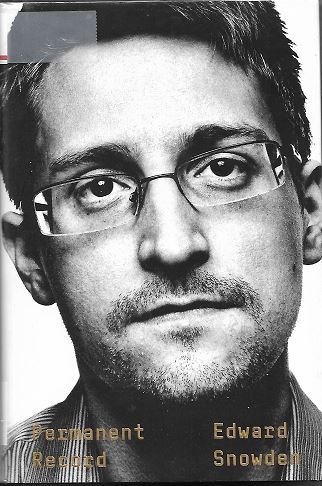 This is the third article in my series for Toastmasters Leadership Development, Level 4, Write a Compelling Blog.​This article is also part of my book review series.

My book review for today is Permanent Record an autobiography of Edward Snowden. Snowden is the NSA contractor who revealed to the world that the NSA listens in on just about every electronic communication worldwide. When the eavesdropping was revealed, I was puzzled because I thought it was common knowledge that the NSA was listening in on everyone’s communications. I even remember seeing a documentary telling about an AT&T employee who discovered an extra cable coming out of a router and traced it to a secret NSA network operations center on the floor below.

The book starts with his earliest memories and was frankly, quite boring. I could only manage to read a couple of chapters a day. I wasn’t even sure I would be able to finish the book by the time it was due back at the library. Fortunately, the book picked up and got quite interesting from when he was recalling his time in Army boot-camp. The further I got, the more interesting the book got. By the time I was halfway through, I could barely put the book down

Parts of Permanent Record were a little technical but Snowden did an excellent job of explaining the technology without over-simplifying. I recently read an online book on a very technical computer subject I wanted to learn more about. The book was so over-simplified it was sickly. Snowden’s technical explanations were perfect. I already understood the technology he wrote about but didn’t find his explanations too simple. I think the non-technical person could easily understand his explanations, and a technical person won’t feel they are being talked down to.

One of the other things that puzzled me when the news stories first came out was how can a meer contractor have so much access to very sensitive information? Well, Snowden gained his security clearances as an employee of the CIA. He was a contractor because he could make much more money as a contractor than a government employee.

I remember watching the movie about Snowden. I don’t remember much about the earlier parts of the movie, but I do remember the later parts. The book seems to follow very closely from the time he decided to reveal the eavesdropping to the world.

By the time I finished the book, I realized the extent of the government’s eavesdropping is much more extensive than I realized. The title of the book, Permanent Record, is from his revelation that the government wants not only to listen in on every communication, but it also wants to keep a record of every communication. Forever. I won’t go into all of that, I’ll let you read for yourself. One thing I will comment on. Near the end of the book, Snowden said something quite disturbing but not surprising. The government knows I have read the book. He was talking about people who bought the book with their credit cards, but that would apply to people like me who checked the book out from a library.

Overall, I give the book a thumbs up. A fascinating read. The book will delight technogeeks and conspiracy theorists.