Book Review: Enemy of the People 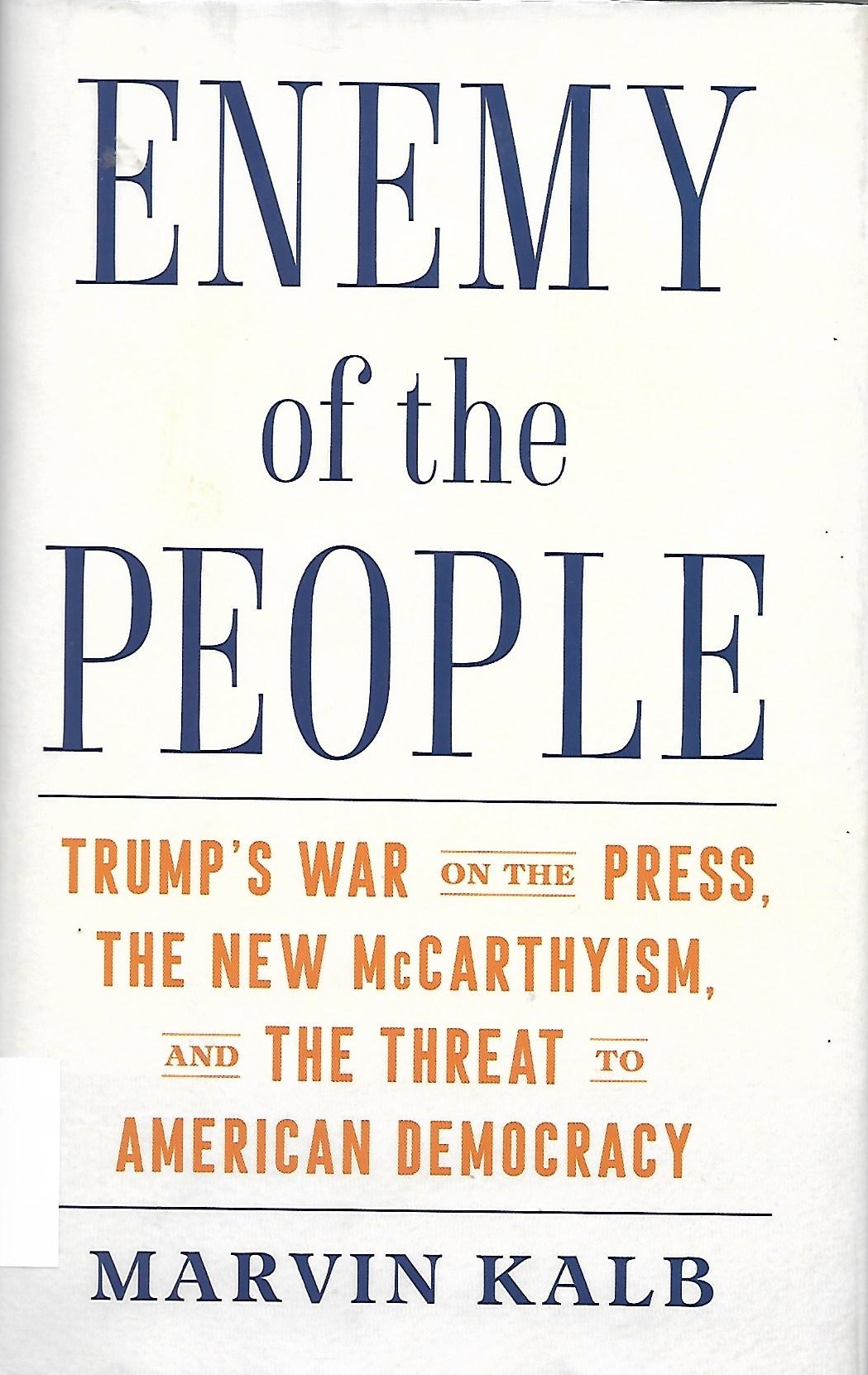 Not long ago, I read Unmasked: Big Media’s War Against Trump by L. Brent Bozell. The book is an expose’ about the negative treatment President Trump receives in the press. After completing the book, I decided to get an opposing viewpoint by reading Enemy of the People Trump’s War on the Press, the New McCarthyism, and the Threat to American Democracy by Marvin Kalb. Kalb’s book certainly does present an opposing viewpoint. Here, I will review Enemy of the People and contrast with Unmasked.

Kalb began his book by stating he didn’t take Trump seriously. Kalb saw Trump as a “comic character” and a “real estate huckster”. It was clear from the beginning, Kalb is not a fan of Donald Trump.

Enemy of the People took exception with the amount of press coverage Donald Trump received. Other than comparing the amount of coverage Trump received in relation to what Clinton received, Kalb presents almost no statistics at all. Rather than present hard statistics, much of Kalb’s book are based on what is “obvious” to him. While ignoring the negative coverage Trump received during the Republican primaries, Kalb made the point that Trump won the nomination because he received so much “free” coverage, the other candidates couldn’t keep up. Kalb made the point “The president sucks up too much of Washington’s precious supply of oxygen, leaving news organizations little option but to cover one Trump-related story after another”.

I think that’s the major contrast between the two books. Enemy criticizes the amount of coverage overall, while Unmasked presents statistics criticizing the percentage of negative coverage the President received.

I actually can’t argue much with Kalb’s point about the amount of coverage President Trump receives. He didn’t make the point, so I will. There is a school of thought that any coverage is good coverage. Even though most of the coverage was negative, Trump probably did receive the most coverage. I don’t think it ever occurred to Kalb that the negative coverage (which Kalb failed to mention), helped Trump win the election. Kalb did not like Trump’s message. At all. Trump’s base did like what Trump had to say. That’s why Trump won the nomination, and that’s why he won the election.

The title of the book is Enemy of the People. I think that’s why Kalb wrote the book. Kalb really takes exception with Trump’s use of “Enemy of the People” and “Fake News”. He compares Trump to Hitler, Stalin, Lenin, and Mao Zedong who also used similar terms. He compares Trump’s “drain the swamp” to military coups that promised to combat corruption, improve the judicial system, and clean up rigged elections.

About half of Kalb’s book was dedicated to Senator Joseph McArthy, a Senator who made a name for himself by accusing people of being communists or communist sympathizers. McArthy became a populist Senator until people tired of him and a highly respected journalist, Edward R Murrow, brought him down. The inference of Kalb’s book is Donald Trump is nothing but another Senator Joseph McArthy, Hitler, Stalin, Lenin, and Mao Zedong and it’s time a journalist brought President Trump down.

Marvin Kalb is a lifelong journalist. He doesn’t like is profession being criticized. Any president who would dare to do so is the real “Enemy of the People”.